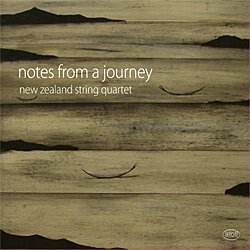 Notes from a journey

New Zealand String Quartet, including Richard Nunns
Winner Best Classical Album at Vodafone NZ Music Awards 2011
A diverse and fascinating collection of works for string quartet by NZ composers.
This celebration of the inspirational symbiosis that these four musicians share with our composer community has much going for it. If one could venture a superlative for the word immaculate, then this production would deserve it; as far as visual presentation is concerned, Simon Kaan’s
Buy from SOUNZ 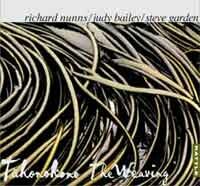 Tuhonohono was awarded five stars by the New Zealand Herald

Tuhonohono was completely improvisation based – the open sessions allowing performers to develop a common music language. Steve Garden was then to take a crucial role – not just capturing the sound of the instruments, but actually shaping the form of the music in an extended editing process.

This is an unashamedly lush, ambient, spacious album, evoking a sense of mystery as it weaves together the strands of two apparently distant musical tonalities. For all that Tuhonohono sounds like a New Zealand landscape – in the best sense of what that might mean. amplifier.co.nz 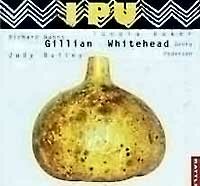 Based on a story by Tungia Baker, literally an Ipu is a gourd, for carrying food and goods. Ipu korero denotes a story-teller, someone who ‘carries’ stories. The Ipu is also employed, as heard here, as a musical instrument. From this vessel flows the musical threads of two cultures, Maori and Pakeha (European New Zealanders), and a poetic love story. 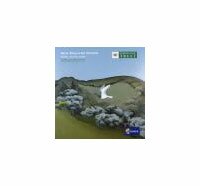 Gillian Whitehead’s expansive Taiohi Taiao towers above all else. Its spirituality captures the depths of Aroha Yates-Smith’s Maori text, where the life-giving force of water transfers in the second part to the life-giving force of the womb as the fountain of humankind, echoed by Whitehead’s surging cascades of florid choral writing. Music and text become one in this very moving work. The slow static chant in Helen Fisher’s Pounamu is in perfect symbiosis with Richard Nunns’s koauau flute playing. Ian Dando, The New Zealand Listener

Parihaka – The Art of Passive Resistance 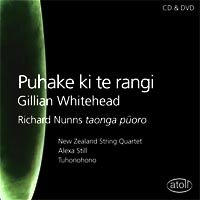 A celebration of whales, for the New Zealand String Quartet and Richard Nunns by Gillian Whithead, premiered in 2007.

The taonga puoro used in this piece include the percussive tumutumu, karanga manu (pounamu bird-caller), two nguru and two albatross putorino (played as both trumpet and flute). This will tour USA in 2008.

The quartet were then joined by Richard Nunns, a dedicated specialist on Maori instruments, in the premiere of Gillian Whitehead’s Puhake Ki Te Rangi. The strings provided quiet patterns and static harmonies over which Nunns’s largely improvised music entered, tapping out rhythms and then playing high-pitched songs that were answered by the first violin. There were playful moments and flowing melodies, but most often the music told of the minor-key loneliness of whales and albatrosses. It is a sad, hauntingly beautiful piece, played with dignity and love by both the quartet and Nunns. Rod Biss, The New Zealand Listener, 2007