Richard has a long history of personal commitment to researching and presenting/ performing the traditional musical instruments of the Maori, and to organising this body of knowledge into a form which is immediately understandable to people in general, particularly Maori who have lost contact with such knowledge.

As well as his ethno-musicological expertise, since Richard first began public performances on taonga puoro (Maori musical instruments), he has developed an amazing international profile, both with the diversity of his r 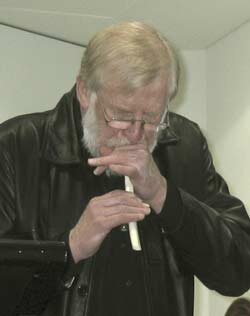 ecorded work, along with performing with a wide variety of people in many differing settings and circumstances.

Richard works across a wide range of musical genres.

He has toured with Maori artists,

Richard has had a number of performances of contemporary classical works, written specifically for him and his instruments, including performances with

One of the most recent of these was Puhake ki te Rangi(Spouting to the skies) composed for Richard and the New Zealand String Quartet by Gillian Whitehead while she was composer-in-residence at the Lilburn House in Wellington.

More recently Richard has been working in the electronica field with Paddy Free of Pitch Black, and has performed with the Australian Art Orchestra.

He is continually in demand for recording with a wide range of musicians. 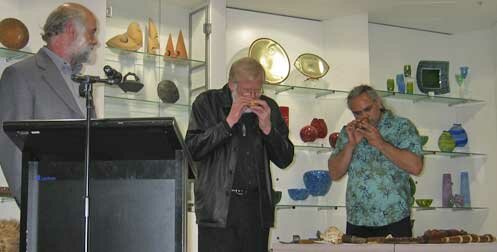