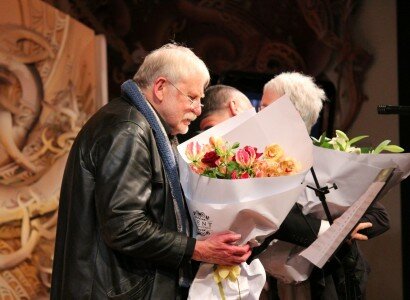 Many people paid tribute to Richard and his work with nga taonga puoro at a concert at Te Papa on 18th May 2013. (Photo Regan Balzer Arts)

There wasn’t time for everyone to speak. Here’s more tributes, and send us your own.

Richard Nunns is a living authority on nga taonga puoro (Maori traditional musical instruments). He has been described as one of New Zealand’s most remarkable musicians.

His thorough and sensitive research has provided a wealth of information around the sounds, history and stories of these taonga, ensuring their preservation for future generations.

He has received national and international recognition as he takes the instruments into conversation, discussion and collaboration with different cultures and musical genres.