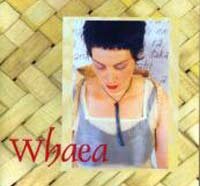 Ariana Tikao’s Whaea album is a celebration of motherhood. All in Te Reo Maori, it draws upon contemporary music styles such as hip-hop and dub but with a strong emphasis on Maori chant and traditional sounds. A notable feature of Whaea is the inclusion of many taoka puoro (taonga puoro), traditional Maori musical instruments, performed by Richard Nunns.

Ariana Tikao’s Whaea is a lovely record that functions on many levels – on one level it’s a soft singer-songwriter disc full of good tunes but it’s much more than that – it’s a celebration of language and culture. Nick Bollinger, National Radio
Borrow from SOUNZ 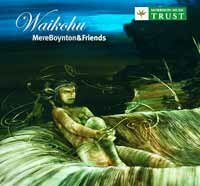 Waikohu is a collaboration between actress and singer Mere Boynton and artists from across a wide variety of musical styles.

Vocal compositions of a more traditional nature are complemented by contemporary waiata by Gareth Farr, Gillian Whitehead and Paul Booth, and enhanced by the contributions of Richard Nunns performing on traditional instruments. 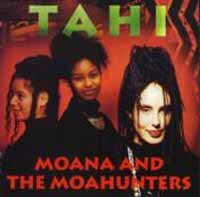 Tahi was first released in 1993 and was one of the Top 5 selling albums in that year, achieving gold status. Tahi contains 14 tracks, featuring Moana’s signature hit and Gold selling single ‘Black Pearl’ which reached No.2 in Top 50 Charts.

…Tahi proves the rhythms were there all along with its use of sampled haka, stamps and poi underneath exquisite singing. Given exposure here and abroad, like Australias Yothu Yindi’s ‘Treaty’, it could be the defining moment in New Zealand music this year…New Zealand Listener 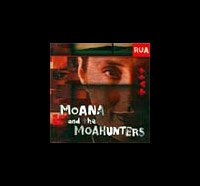 RUA reflects the unique sound of Aotearoa – it fuses dance music but it is the Maori elements that make it different from music from the rest of the world – stories from Aotearoa. 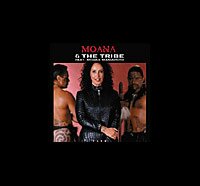 Released as Moana & The Tribe, this was Moana’s European debut album into Germany, Italy, Switzerland and Austria.

Hine Te Iwaiwa celebrates the notion of the Goddess inside every woman; Calling You recalls the relationship of our ancestors with the ocean; both songs showcase the talents of Richard Nunns (taonga puoro), Italian musicians Claudio Teobaldelli (piano) and Giovanni Pecchioli (clarinet). Kapa haka group Ihu Waka makes a debut too.

As a singer with a political and cultural consciousness, Moana is one of the most renowned artists to emerge from New Zealand … and she creates a fusion between smooth world music, and the urban sound with earthy, international beats.

Listen to extracts or purchase (NZ)