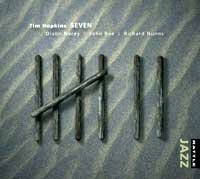 Tim Hopkins (saxophone, shaker), Dixon Nacey (guitar) , John Rae (drums) ,Richard Nunns (taonga pūoro)
If, as some commentators claim, a renaissance is taking place in New Zealand jazz, Tim is surely one of its leading lights, and Seven one of its seminal achievements. The pieces were all written and conceived for a bass-less trio of saxophone, guitar and drums, and both Dixon Nacey (guitar) and John Rae (drums) shine in this setting, and the inclusion of Richard Nunns (taonga puoro) on Road From Perdition and The Sleeping Giant is inspired.
The album is comprised of seven compositions that encapsulate Tim’s musical philosophy and creative direction with great rigour and sense of purpose.
Tim Hopkins’ new CD SEVEN, is a stunning statement from an extraordinary musician at the peak of his powers. Energy, drama, virtuosity and creativity, this music has it all. A landmark recording! Mike Nock
Buy CD or download, Rattle 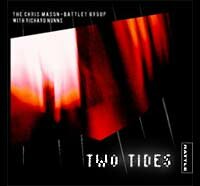 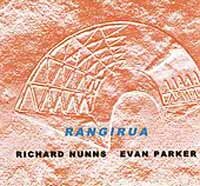 Richard Nunns and Evan Parker first met in the 80′s but it was not until 1999 that they agreed to play together.

Their music is created spontaneously, it involves working with the miniscule nuances at the outer regions of the
fundamental sound. Here we have two musicians from opposite ends of the world, tapping into very different ancient traditions, who are both responsible for opening doors to universes of sound, coming together to open a new door. The resulting live recording is featured on this CD. (From Jeff Henderon)

In fitting with collaboration with Parker Richard Nunns is also a first class improvisor who works within the frameworks and limitations of his chosen instruments to elicit a sphere of sounds and patterns that is surprising given the relative simplicity of their constructions. … The sounds invoked necessarily avoid Western musical constructs and Parker’s array of extended techniques meshes beautifully in the non-tempered surroundings.Derek Taylor, www.onefinalnote.com, 2001
Borrow from SOUNZ 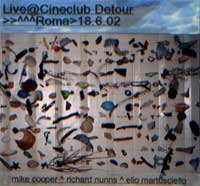