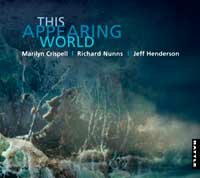 Marilyn Crispell, Richard Nunns, Jeff Henderson
CD & DVD
The ancient tonalities of taonga puoro find themselves in a contemporary setting as Marilyn Crispell and Jeff Henderson weave a beautiful array of sonic textures and nuances around the evocative sounds of Richard Nunns. This Appearing World is a voyage into sonically uncharted territory through thirteen pieces that defy easy categorisation. Each track is a new ‘cinematic environment’ that simultaneously evokes ancient and post-apocalyptic vistas.
While freeform improvisation is a long-standing musical practice, the use of taonga puoro is rare, and Richard is the sole world exponent. The music on This Appearing World is unique to New Zealand.
The album was recorded and filmed over two days at the University of Auckland’s Kenneth Myers Centre. The video material (shot by Guy Quartermain and Keith Hill) is an equally unique and captivating document showing the interplay between three extraordinary musicians who had an all-too-brief chance to work together.Given the improvisational nature of the project, watching the musicians interact brings a greater intimacy to the music.
Buy CD or download, Rattle | Buy or borrow from SOUNZ 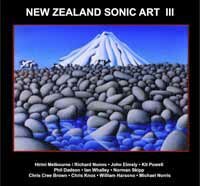 Returning to Lilburn’s vision to uncover the inner, spiritual values of natural sound and develop an awareness of place, Hirini Melbourne and Richard Nunns perform their work on traditional Maori instruments. The voices of these instruments rise up from the depths of the land, yet ‘Te Hau Kuri’ also requires electronic technology to exist and studio machines have been humanly integrated with acoustic instruments…The piece extends their previous work and the expressive boundaries of the electroacoustic medium.

bursting with artistic vibrancy and ingenuity… a shining gem in the production of contemporary electroacoustic music Sonoloco Record Reviews.
Buy or borrow from SOUNZ 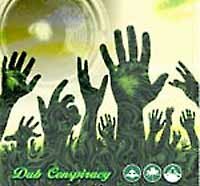 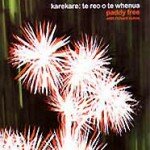 Karekare: Te Reo O Te Whenua “The Language of the Land” is the debut solo album by Paddy Free one of NZ’s best-known electronic musicians.

He unites with Richard Nunns, to create a uniquely Aotearoa sound, which pays homage to the raw beauty of the NZ landscape – and in particular the titular and broodingly spectacular Auckland West Coast beach, Karekare.

Imbued with te reo and Maori spirituality, and with assistance from Richard Nunns (playing traditional instruments), Tiki Taane, Waimihi Hotere and others, this one has a brooding and sometimes windswept quality that conjures up the environment around Karekare in the centuries before Europeans arrived.

…Maori flutes can be melodically limited but of exceptional emotional power and it is Nunns’ gift that he can bring that quality out in projects such as this. … Karekare: Te reo o te whenua … is an aural environment in which Free creates the sounds of the bush, birds and Maori instruments in a way which evoke the timelessness of the West Coast. Graham Reid, elsewhere.co.nz 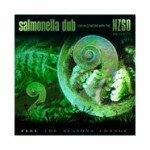 An audiovisual journey through Aotearoa that weaves the ancient and modern worlds together in a journey of healing and celebration. It is also a musical adventure bringing Salmonella Dub and the New Zealand Symphony Orchestra onstage together with Whirimako Black, Richard Nunns and Paddy Free.

the exceptional Love Sunshine and Happiness, and Drifting which is centre-piece, which pull together serious dub and symphonics are outstanding. Graham Reid, elsewhere.co.nz